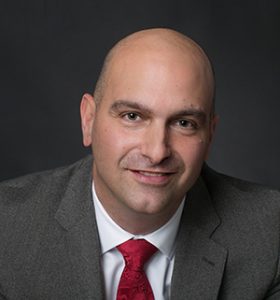 Dr. Nikolai Vitti will be the Hooding Speaker for the 2022 Graduate School Ceremony on May 14th. Dr. Vitti was appointed as Superintendent of Detroit Public Schools Community District (DPSCD) on May 23, 2017 on a five-year contract. On December 8, 2021, the School Board extended his contract by an additional three years until June 30, 2025. In strong partnership with the School Board, Dr. Vitti has rebuilt the school district after two decades of disinvestment under State Controlled Emergency Management and was most recently named a finalist for Urban School District Superintendent of the Year. Through the development and implementation of a Strategic Plan, along with hundreds of community and family engagement sessions over the years, DPSCD has experienced improvement for the first time in decades in the areas of enrollment; student achievement; student attendance; teacher recruitment, retention, and pay; leadership development and stability; student programming, including expansion of the arts; and financial stability. This improvement has led to reduced levels of financial and program oversight and monitoring by the federal and state government.

As was the case for urban school districts throughout the country, the COVID-19 pandemic hit Detroit and DPSCD hard. Through the leadership of the Superintendent and his team, DPSCD fed over 2 million families during the height of the pandemic. In collaboration with the business community, over $20 million dollars were raised to provide all students with laptops and internet connection to allow students to learn from home.  DPSCD was one of only a few large urban school districts to open all of its schools in 2020-21 and provided teachers and students with the opportunity to teach and learn in person or online. With nearly $1.2 billion dollars in COVID Relief Funding, the district emerged as a national and state leader in COVID mitigation strategies with universal masking and testing, along with high levels of vaccination rates among its employees. This school year, DPSCD has created its own virtual school, returned all students back to in person learning, expanded summer school and after school programming, placed a nurse in each school, and provided mental health support in each school. Dr. Vitti is currently completing a community engagement process to finalize a 20-year facility plan which will include a $700 million dollar investment in school buildings.

Before arriving in Detroit, Dr. Vitti led Duval County Public Schools (DCPS), the 20th largest school district in the nation with approximately 130,000 enrolled students in 200 schools, and a fiscal budget of $1.7 billion. During his four and a half years at DCPS, the district ranked among the first to fourth highest performing urban districts in the nation on the National Assessment for Education Progress. In addition, the district’s graduation rates increased from 67 percent in 2012 to 78.8 percent in 2016, surpassing all Florida urban districts in African-American graduation rates. Under Dr. Vitti’s tenure, DCPS was recognized for its expansion of the arts, foreign languages, innovative school programming, and mental health and progressive discipline strategies. Dr. Vitti also successfully secured more than $40 million in local philanthropy to transform the district’s historically lowest performing schools with a focus on human capital and technology infusion.

Dr. Vitti was previously chief academic officer of Miami-Dade County Public Schools, assistant superintendent for the Miami-Dade district and deputy chancellor at the Florida Department of Education. He also served children as a principal, dean of students, and teacher. He received a bachelor’s degree in history and a master’s degree in education from Wake Forest University. He also holds a master’s degree and a doctorate in education from the Harvard University Graduate School of Education.